Showing posts from August, 2017
Show all

This week (Aug 21- 25) for the Regent Park Focus Summer Program, participants wrapped up video editing for the Neighbourhood Kickstart Summer Camp program and held a screening of the videos on Wednesday, August 23rd. Youth participants were also there to film for the screening and get feedback from the summer camp. A few participants focused on preparing a segment on Student Life and Mental Health for Catch Da Flavour Youth Radio. For the first half of the segment, students had prepared a pre-recorded interview with registered psychologist and media personality Doctor Oren Amitay, to comment on the current climate of mental health among the student body. For their second half, they discussed their personal experiences in school and how it has affected their mental health. A few other participants worked on developing their games, such as a Tic-Tac-Toe platform, a Pokemon-style game located in the neighbourhood of Regent Park, and a mental-health themed game. They have bee
Post a Comment
Read more 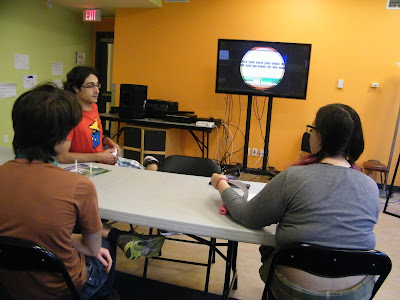 This week (Aug 14-19th) Youth participants finished up their rough edits for the ten part video series in partnership with The Neighbourhood Group Kickstart Program. Participants collaborated to create uniformity in the videos by creating the same background images, credits reel and font type, to build communication skills and teamwork abilities. The rough draft of their videos were completed by the end of this week. Some participants also participated in the youth radio program Catch Da Flava. This week they focused on the issues of affordable housing, looking at local speakers on the topic and current events on affordable housing in Toronto. They had guest A.J. Withers come to studio to talk about the topic and their book on the topic. For the second segment, they had a panel discussion on affordable housing. A handful of participants also continued development in gaming, learning how to work with various different gaming programs and software. Some finished up
Post a Comment
Read more 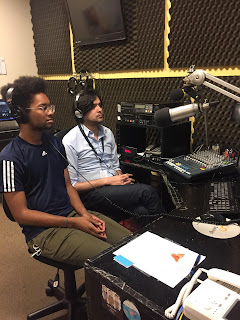 For this edition of Catch da Flava Youth Radio, Divine and Omar further discussed the difficulties of living in Toronto government housing and the way the system has treated community housing residents during the Regent Park Revitalization, as well as their personal experiences dealing with trying to get help with their homes. In addition, they talked about the difficulty there is with underlying prejudice with the superintendents of some buildings. Divine mentioned one case in which a family of six people were warned with the possibility of being evicted despite there being homes in their building occupied by 10 or more people in a 3-4 bedroom unit. They also talked about Regent Park’s silent policies about things that don’t particularly look “good,” such as bicycles being removed from parking spaces under the assumption of them being abandoned when they just seemed old or weren’t as nice looking, as well as another case in which Divine’s family wasn’t allowed to park their car o
Post a Comment
Read more 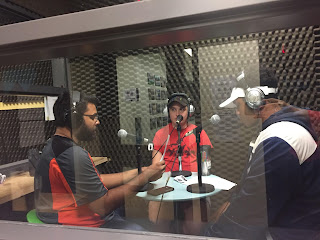 This week we talked to Author and Public speaker A.J Withers about how disability and poverty are connected and how we can make a difference in our community by speaking out and standing up for the less fortunate and the disabled. A.J spoke with host Divine and co-host Omar about A.J’s event that was held on July 20th, 2017 at 40 Oak Street in Regent Park. A.J talked about what they discussed during the event including the accessibility and availability of good quality community housing for the less fortunate and disabled in Regent Park. A.J also talked about the social problems in Regent Park for disabled people. Statistics Canada shows that people with mobility issues often live in substandard accommodation. Standard housing is affordable, requires little to no repairs, and is not overcrowded. Affordability is often the most common problem. A.J also shared where we can find their book around Regent Park and Toronto. A.J’s book covers most of the topics they talked about durin
Post a Comment
Read more 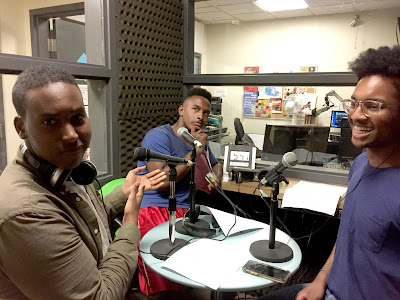 This week (Aug. 7-11) youth participants had another show of Catch da Flava youth radio, exploring the topic of race in North America. The first segment involved a debate with two participants along with a moderator and judge. The second segment focused on a discussion of race in general. The debate involved answering whether racism in Canada against Indigenous people was worse than racism in America against Black people. Participants were also engaged in assisting with filming for a community partnership with The Neighbourhood Group’s Kickstart Camp, and The University of Toronto. Topics covered and filmed for included “Everything Free”, “Freedom & Peace”, “End Bullying”, “End Racism”, and “Fresh Water.” Camp kids were ready to film, having memorized their scripts and provided visuals and some choreography for their filmed segments. Later in the week, participants commenced work on video editing the filmed footage, along with working on revising their proposal
Post a Comment
Read more 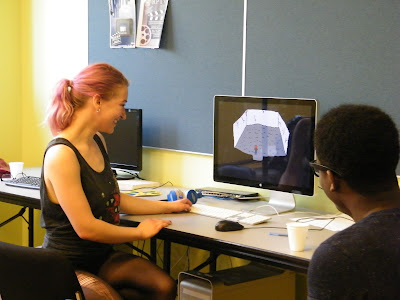 We’re into the swing of August now, and today’s class is playing through Mario levels, examining and determining “difficulty ratings” of the challenges presented to the player. Certain challenges will kill you if you fail. Others will not. Do the ones with greater reward have harsher potential punishment? Where do they occur? And just what is “skillgating”? Cutting edge game-analysis here in class…. even if the game is 30 years old. Other students, less interested in analyzing platformer games but more interested in telling stories through interactive means, are working on their individual projects… the fantasy WWE game has music being coded in, and in Blender3D, another student’s dreams of a death-spirit from a void realm has simplified into “I’m going to make a geometric animation for my stream channel”. So now we’re figuring out how to make pentahedrons out of a cube. Meanwhile, other students are creating custom “Pokemon” in our growing database of a combat
Post a Comment
Read more 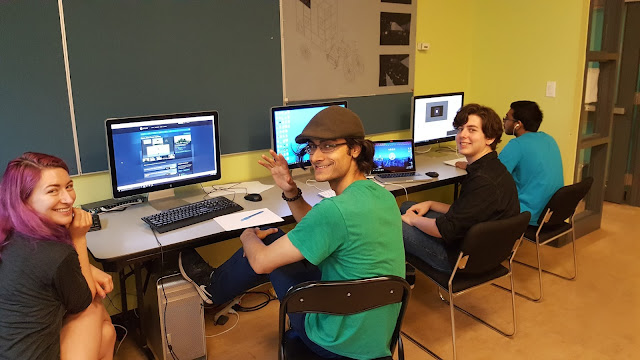 With the first month of the RPF indie game dev catalyst club drawing to an end, there's a lot to talk about.  The young creatives have answered the difficult question of "what do you want to create?" with some pretty awesome projects.   After picking up basic programming skills, one creative has begun working away at a graphic novel game.  You play as an emerging WWE character with the ambition of winning the women's championship belt. "Make alliances and beef with foes in this game of social choice." Produced using Renpy. A group project has been started.  One youth has been diligently learning C#, Unity and the Dungeons and Dragons gaming system with the intent of designing and coding a Pokemon-like battle system.  Two other youth are also learning Unity and C#, their plans are to code the adventure mode (over-world) and menu systems that will, with the battle system, complete a simple/small Pokemon-like game.  However, the collabo
Post a Comment
Read more

Radio Blog - August 1st, 2017 This week on Catch Da Flava we talked to a teacher named Marcia who shared her insightful experiences on teaching in Nunavut. Her passion to work with children and to become an inspirational figure for a generation has not only fueled her decision in teaching in Nunavut above other places, but has driven her to continue teaching in Nunavut for 3 years and going despite a lengthy 10 years in Jamaica. We discussed the expectations not only she had going into Nunavut but also the expectations community, students parents and staff had of her ;whether that be negative or positive; and how she combated those negative stereotypes she may of experienced being a person of colour. Marcia also talked about the misconceptions of aboriginal schools have acquired due to the media's negative outlook and how he experience on teaching in Nunavut clashes with these perspectives. In contrast the school that she was placed in had resources similar to those in the
Post a Comment
Read more
More posts
All articles on Catch da Flava Online are copyrighten to FOCUS Media Arts Centre. Please contact us to ask permission if copying any material from this website.