Showing posts from March, 2009
Show all

Human Trafficking: Modern Day Slavery, in our city? in our own backyard? 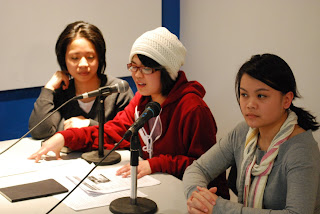 Hey wassup everyone, this is Helen Choi, the Host and Producer for the second half of tonight's radio show at Regent Park Focus. I'm Blogging here because the RPF folks invited me to write about tonight's radio show on the issue of Human Trafficking of Filipino Nannies in our city. In exploring the topic we heard from our guests, local activists (Kim Abis 20, Cara Clemente 20, Jarelle Gabison 20) from the Filipino Canadian Youth Alliance. They work directly with Filipino Nannies in the city, some as young as you! I decided to do this radio show when a group of young activists caught my attention with a press release in the Wednesday, March 11, 2009 issue of the University of Toronto Free Press "University of Toronto Turns to Unjust Solutions to Satisfy Child-care Demands" . This article was released four days before the Toronto Star Investigation of exploitation of Filipino nannies featured as a two part series in the Saturday and Sunday edition. Found he
Post a Comment
Read more

Hey everyone this is Safiqur, I just finished an article on Mount Dennis Community Mobile Kitchen bike. I really have to say that I enjoyed interviewing Nicko Elliott a former UFT engineer who along with his teacher Adrian Blackwell and rest of his fellow engineer students built the mobile kitchen bike for Mount Dennis community in Toronto. Please read my article which will be published soon in Catch Da Flava magazine.
Post a Comment
Read more

March Break and trip with the youths of Regent Park

By Safiqur Akon - March 20, 2009
I am a Regent Park Focus Volunteer who helped with the March Break Camp. During the March Break I helped with planning and organizing March Break activities. During our March Break Camp we did Icebreakers, games, Arts and craft, and workshops. On the first day of the camp, we held a workshop on inner and outer beauty. We also held a workshop on sing along songs and poetry. For the workshop we invited a guest from the local Toronto Public library. The youths also had an opportunity to watch movies like “Slumdogs Millionaire”. At the end of each day, the youths evaluated each activity we did with them. On the last day of the program we took the youths to Casa Loma. They enjoyed their trip and got to learn lot of things about Casa Loma that they never knew. They found the trip to be very interesting for them. Every youth who came to our March Break camp enjoyed it and learned something from doing the workshops, trips and working together everyday. I really enjoyed the March Break camp,
Post a Comment
Read more 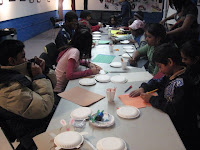 Hey my name is Chantelle Hewitt, I’m a volunteer at Regent Park Focus, and on of the programs I had to run was the March Break event. On March 16 to March 20, the staff and volunteers of Regent Park Focus put on a March Break event at RPF for the kids ages 10-14 in the Regent Park community. As these 20 kids came to this exciting week we had planned for the kids, a lot of them were suspicious as to what was in store for them. We started off with an Icebreaker every morning so the kids would get to know one another. We then had arts and crafts everyday so the kids used their creativity. The kids also had to be in teams for the week and had to take part in games that would make them gain points for their team, by the end of the week the winning team won a prize. On Monday and Tuesday, we had 2 guest speakers come in for a workshop and share different topics and storytelling with the kids. One of the topics that we discussed was on “Inner and Outer Beauty.” Some of the kids opened up abo
Post a Comment
Read more

By Ice - March 17, 2009
On tonight's radio show the topic was " look-ism" which is a form of discrimination based on someone's appearance. We had two guests join us from the Global Youth Network ( Zahrah Munas and Dorothy Attakor ), followed by a professor from the University of Toronto (Fiona Wittington ). All the guests spoke about what this term really means and opened it up to the audience for group discussion to finish off the show. Check out the show for more
Post a Comment
Read more 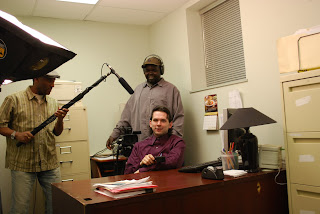 The Directors group is gearing up for a whole new video project. The group is still doing the PSAs, but for now, they will be put in the back burner. As part of enhancing the participants' film making skills, the Directors group will be producing a hilarious short film about a man, and a bathroom. In the weeks to come, the Directors will be filming at Focus and in places around Regent Park, so stay tuned!
Post a Comment
Read more 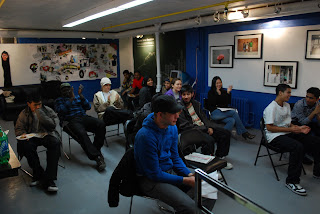 On tonight's show we had an open discussion around the barriers that youth face in trying to achieve their goals. We also spoke on the lack of supports for athletes in high school and how certain sports are inaccessible given their social location. Check this link to listen!!!
2 comments
Read more 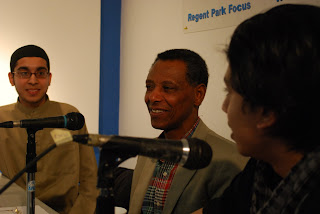 Onik and Azam have been interested in the topic of afro-centric school curriculum since the topic was publicly discussed a few years ago. Growing up in a neighborhood formerly known to have high drop-out rates, they wanted to learn more about this topic. The guest speaker is a teacher from their high-school and an advocate for the afro-centric school curriculum. Knowing that Mr. Sium has spoken about this controversial topic on several shows, Onik asked him to be the guest for the Catch Da Flava Radio show, discussing this issue. Onik and Azam both asked many questions regarding the details about the afro-centric curriculum-based elementary school starting in September.
1 comment
Read more
More posts
All articles on Catch da Flava Online are copyrighten to FOCUS Media Arts Centre. Please contact us to ask permission if copying any material from this website.