Showing posts from February, 2019
Show all

This session the girls were given a presentation about photography where they learned about lighting and perspective. The host, Dawit showed the girls the importance of lighting and composition in terms of photography while also offering examples of different kinds. He also taught the girls about the purpose of photography and why it is so important.
The girls were really excited to start photographing and even brainstormed a couple of things they could photograph and some themes they could centre it around. They will start taking pictures in the following weeks, these will be part of the showcase exhibit that will occur later on in the program.

The Regent Park Focus audio-arts program is back! 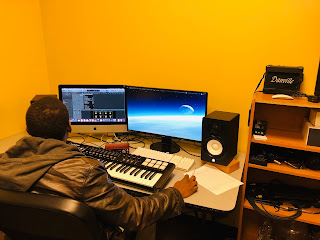 Since February 14th, RPF has been offering free access to our fantastic digital music recording studios. Youth community members (ages 15 - 30) can come and use our Logic Pro X-equipped work stations for audio projects or sign up for training in composition, keyboard skills and basic recording technique. Classes run weekly, Monday and Thursday afternoons.
So far, participants have been experimenting with songwriting, beat-making and immersing themselves in the amazing world of computer-based recording.
If you or someone you know is interested in participating in the program, please contact David Wall at: david@regentparkforcus.com
Or call 416 863 1074
Post a Comment
Read more

Regent Park Focus is partnering with the Youth, Arts, and Engagement Program at the University of Toronto to produce a media product that is based on the community. This is the third session.
This session was focused on creating groups. The students from UofT were put into groups beforehand by their professor, Aditi, and given topics. After having the option of switching topics and groups they were given the job of trying to get the young women from focus interested enough in their topic to join their group.


After the girls were put into their groups they were greeted by Alexa Mills, an editor from the Washington City Paper who talked to them about journalism and how multiple individuals can tell the same story differently. She read through a few articles and then lead an interviewing activity.


For this activity the groups were to pick one interviewee, the other members were the interviewers. They were to create two questions for the interviewee and think of how they would write a b…
Post a Comment
Read more 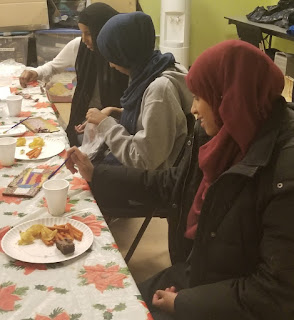 This session, the girls worked with the guest artist, Karma, to complete their pieces from the last art session. Karma then gave the girls the option of creating paper mache cups and other pieces, most of the girls continued working on their tile piece, some started another one.


Karma taught the girls about different techniques they could use to create their pieces while also telling the girls about how much waste there is on the planet and the length of time it takes for it to decompose.

The girls then brainstormed ways they can take items they would normally get rid of and find other uses instead of throwing it out.

This was Karma's final visit, she was kind enough to leave some supplies with us to use for future projects with the girls. The girls left the session with more of an understanding of waste and how much of it humans create. 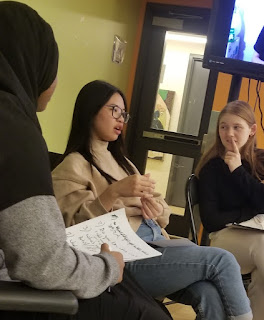 Regent Park Focus is partnering with the Youth, Arts, and Engagement Program at the University of Toronto to produce a media product that is based on the community. This is the second session.
This session the girls offered a tour to the students and staff at UofT. They took them to places they usually hang out at, these being the Regent Park Community Centre and Daniels Spectrum. They then showed the group parts of the community that had been revitalized and explained how it now works in the community.


After returning back to focus, they worked on an ice breaker. This ice breaker was one where the group had to create a paper airplane, write their names and 2 questions they had for the finder. They then threw it around in the room and had to search for the owner of the plane and answer the question.

Today we are learning practical ways to address and combat issues in our community!
We started by bringing up our concerns in the neighbourhood like combating January snow storms, or what our recreational environments are going to look like in the summer.


Next, we learned about the role and responsibility of our local MPP, Suze Morison, and discussed our power as constituents.
We talked about how to prepare for a constituency meeting, like being up to date on public policies and how the MPP can help.

We even talked about organizing a constituency meeting as a group in the future.
The girls are very aware of what happens in their neighbourhood and they are passionate about making sure their voices are heard.
Today was about learning practical and impactful ways to use our voices for our community. 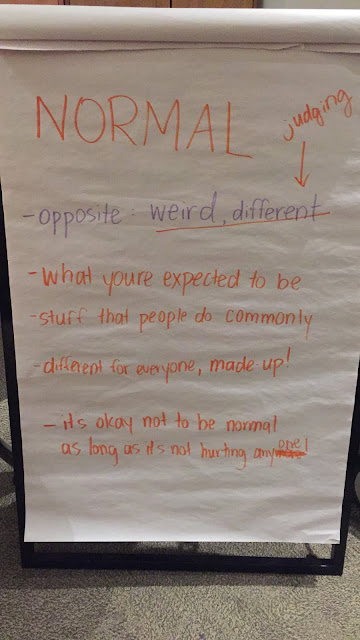 For the last two sessions of the Little Divas girls' program in December 2018, we began exploring the theme "love is love". We started into this theme by discussing the question "what is normal?" We thought "normal" is what people expect us to be or do, or what usually happens in a given situation. We also talked about what it means or feels like to not be normal - being weird or different, which isn't necessarily a bad thing, as long as it isn't hurting anyone! We went further into the concept of "normal" and thought about who decides what is "normal" and what is not, and where we get those ideas from. We talked about how the idea of "normal" is different for everyone, and in fact it's really just made up and perpetuated by people with some sort of power or influence in our society. That's also why the idea of what is "normal" is often different in different cultures and different parts of the w…
Post a Comment
Read more

Eating Disorders describe illnesses that are characterized by irregular and unhealthy eating and/or exercise habits and, usually, severe distress or concern about body weight or shape and appearance.
Common eating disorders are anorexia, bulimia, binge eating disorder and eating disorder not otherwise specified.

There is no single cause of eating disorders but complex biological, psychological, social and cultural…
Post a Comment
Read more 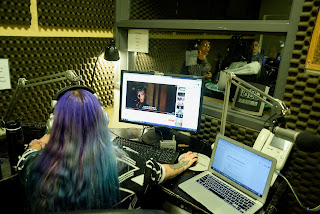