Showing posts from September, 2012
Show all

By Regent Park Focus - September 29, 2012
This month as an alternative to our Last Friday community event, we celebrated a Nuit Blanche special. This was held on Saturday on September 29th, at the Daniel’s Spectrum (Regent park Arts and Cultural Centre) 585 Dundas Street.Once again the Regent Park Focus Youth Media Arts Centre delivered an amazing show for the Regent Park community. The mission to bring the community a hyped up free Nuit Blanche musical show was a great success as the turn out was surprisingly massive and quite unexpected than usual. It made Regent Park’s mark in the map! These musical artists delivered solid performances from the opening act of our very own Focus House Band, followed by Jennifer LFO’s poprocker’s tunes, Aslam Shaheem’s Punjabi dance pop music, and the wickedest dancehall / lovers rock / ska flavour of the Memberz, the drumming geniuses,musical instructors’ Shara Claire and David Aubrey Berger, producer Murr featuring Bengali electronica singer Rosina of LAL, and lastly the adventurous band c
Post a Comment
Read more 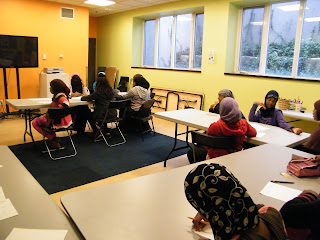 This past week The Diva Girls were excited to work on the character sketch activity they had started on the previous week but due to some unforeseen circumstances this had to be put on hold. The girls in the program were invited to help out with the Nuit Blanche preparation; therefore, the days activity had to be put on hold. The girls who remained participated in activities that engage them physically and mentally. The girls seemed to enjoy themselves immensely and one girl remarked that this was the first time in The Diva Girls program that they weren't required to learn something. This of course threw me for a loop considering the fact that the activities the girls partook in were filled with learning materials. For example, one of the activities required the girls to think quickly while under pressure and respond actively. During one of these activities I had asked all the girls wearing denim to stand and that alone ensued a five minute conversation. It appeared the girls
Post a Comment
Read more 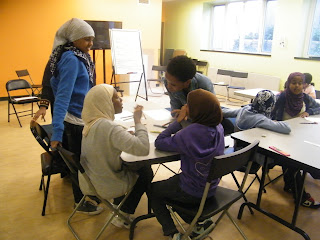 The young ladies in The Diva Girls program showcased their imagination, creativity and writing skills this past Friday when they were asked to write short stories. Using the same character sketch outline and with the help of the instructor the girls wrote stories with unique details. To give you a brief insight of how grand their imagination can stretch, imagine a "five foot female" with "zebra like hair" or better yet a "super smart… soothsayer" that is "beautiful during the day and ugly at night". After coming up with the character sketch and the setting of the story, the girls were then divided into small groups. Each group was given a secret identity for their character. One group whispered in excitement upon finding that there character is an alien, while another could barely contain their excitement as they dived pencil first into brainstorming a storyline for the man who turned into an evil clown at night. The creativity did n
Post a Comment
Read more 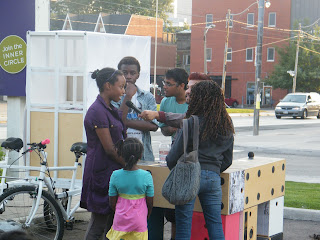 A very busy month for ‘The Mammal’ (the mobile medialab)… The Mammal as mentioned from some of our blogs, is a 2 rider-bicycle that looks like a boxy looking snail that carries media equipments such as speakers, radio transmitter, soundboards, microphones etc. We take this bike lab into community events and do live broadcasts and radio performances. We can show films on the bikelab as well because we can set it up as a mini stage. The Mammal is soo amazing! We took this bike lab into so many different community events the last 2 months of the summer and did our radio show and live interviews. The Sunday in the Park is one of them, Show Love, and EID, and the Last Friday events are just among the few that got The Mammal some exposure. We had a bunch of hilarity as usual for our radio shows this month. Rob Ford was busy too, with all the scrutiny surrounding him these past few months with regards to his ignorant comments to getting caught reading and driving! As if he had already l
Post a Comment
Read more

"The Mammal" Bike at Show Love 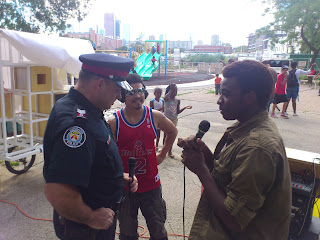 The Mobile Media Lab also known as "The Mammal" is a customized bike built by students at U of T architect program in partnership with Regent Park Focus. It is a radio studio on wheels that can screen videos as well as provide for various multi-media related functions. For the summer of 2012 we have committed to taking out the bike to as many different community events in Regent Park as we can. One event in particular is a weekly event called Show Love which takes place in South Regent Park. We conducted various interviews at the event to get an understanding of what Show Love is and why the residents and local community agencies decided it was important to have this weekly event for the summer, in Regent Park. In the following link you can listen to our per-produced radio show recorded from the Mobile Media Lab that evening at Show Love: Listen Now: http://www.regentparkfocus.com/radio/media/2012-08-22.mp3 ~ Tyrone
Post a Comment
Read more

GIving The Makeup Industry A Make-Over! 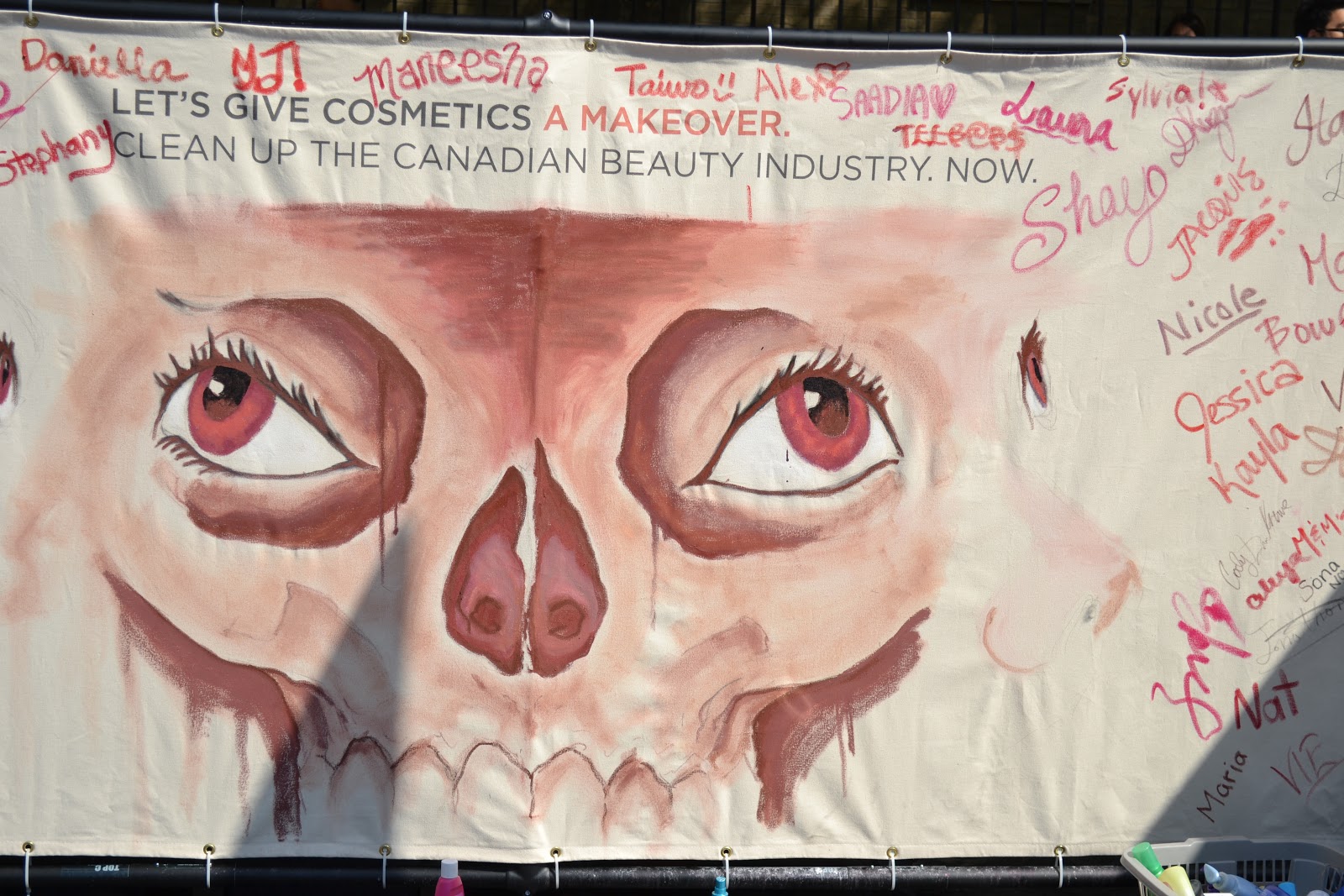 Regent Park Focus Youth Media Arts Centre continued its information gathering session on the LiveGreen project with Environmental Defence.  Since 1984, Environmental Defence has been inspiring change by connecting people with environmental issues that affect their daily lives in their homes, workplaces and neighbourhoods. On September 11 2012, Regent Park Focus youth and students from University of Toronto, and random people walking by, were there as Environmental Defence gave the cosmetic industry a "make-over". Environmental Defence brought a mural artist to paint a picture of a female face on a huge canvas, only using make-up products that men and women use everyday.  While the artist was painting this work of art, Environmental Defence volunteers grabbed passersby and asked them few questions regarding the types of make-up products they use, and if they had known the types of toxins in them? And after the passersby (most of the time U of T students) w
Post a Comment
Read more
More posts
All articles on Catch da Flava Online are copyrighten to FOCUS Media Arts Centre. Please contact us to ask permission if copying any material from this website.