By Regent Park Focus - November 09, 2017
For our Thursday November 9th radio show celebrating Media Literacy Week, we welcomed founder and director of The Citizen Lab at The Munk School of Global Affairs at The University of Toronto, Professor Ron Deibert. Professor Deibert joined us for a very informed half hour discussion on technology and politics. With a background in political science, Professor Deibert found that politics has now bled into the technological world, as more abuses of power have spread online, such as documented activity of governments hacking into citizen accounts. High target individuals such as investigative journalists, other politicians, and human rights activists have had their privacy infringed upon.

Professor Deibert talked to us about his work at The Citizen Lab, what it does to expose government abuses, and how he feels that politics is no longer simply a social science, and that it necessarily has to bleed into computer science and engineering, as many of his colleagues at The Citizen Lab have heavy backgrounds in technology, more so than they do in political science. Professor Deibert shared with us some advice on how to protect yourself online, in the case of potential hacking, such as two-factor authentication, in which online accounts will ask you not only to type in your email, but will text a code to your phone for you to type in to authenticate your presence in logging in. He cites this could have saved a myriad of private emails from the DNC from being leaked to WIkileaks.

We would like to thank Professor Ron Deibert for sharing his experience, knowledge, and expertise, in celebrating Media Literacy Week, so we can understand how despite the challenges to our freedom of speech and privacy the internet has shown, it is still a place that created Inclusion in a Connected World, as we had seen in the political movement through Twitter, The Arab Spring.

For our second half, we welcomed Head of Communications of Twitter Canada Cameron Gordon to extend the conversation of politics and technology with the specific focus on Twitter’s role in being a social media giant, and how it affects politics in varied ways. Moving away from discussions about The Arab Spring, we focused solely on Canadian politics, first talking about politicians and their Twitter presence, best practices, and what makes them connect to their voters through social media, and how that is coloured by their level of government, whether municipal, provincial, or federal. 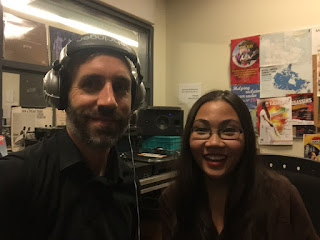 Next, we talked about activists who create their platform, popularity and voice through social media, and especially Twitter. One example we cite is local Toronto activist Desmond Cole, whose affiliations are strongly opposed to police brutality, and support for Black Lives Matter. We discuss how have open debate and forums on Twitter has benefited his online presence, along with his role at The Toronto Star.

Lastly, we discussed how media outlets have utilized Twitter to share about political updates and scandals, sometimes tweeting election results in real time. In summary, it seems that Twitter is here to stay in the political climate, but how it changes the rules of the game is still being negotiated.

We would like to thank Head of Communications of Twitter Canada Cameron Gordon for being on air with us and sharing his insight on how Twitter is changing the political climate in Canadian politics.

Catch da Flava’s topic for our third week was abortion, from how to get an abortion in Canada, the Unplanned pro-life film, and people’s personal opinions about pro-life and pro-choice. The hosting was done by André and Iman since I lost my voice, but I was still there listening to the conversation.

After Lorena and Minerva, we had Carolyn Egan from Abortion Rights Coalition of Canada to answer some questions about the current abortion system in Canada and what their organization is doing to help…
Read more